Due to COVID-19 our firm will be open. However, the wearing of masks will be required.
Don't Take on Your Legal Battle Alone
Contact Me Today

According to WCYB news in east Tennessee, one Tennessee public defender’s office is turning away indigent individuals who have been criminally charged. More than 50 years ago, in the case of Gideon v. Wainwright, the United States Supreme Court ruled that every criminal defendant has a constitutional right to a lawyer, whether or not he or she could afford one. The Justices wrote that poor individuals could not be “assured a fair trial unless counsel is provided to them.” Hence the advent of the public defender.

The current state of the public defender system could not possibly reflect the image of justice promised in Gideon v. Wainwright. Public defenders are terribly underpaid, and grossly overworked, in some jurisdictions having as little as three minutes 6 minutes to devote to each case. According to the Atlantic, the problem is inadequate funding. Congress has repeatedly failed (or refused) to provide public defenders offices with the funding needed to hire more attorneys at better salaries so as to relieve their overburdened dockets. This is why defendants in Tennessee and elsewhere who can pay for a criminal defense lawyer are more likely to receive better representation, more personalized attention, and more likely than not, the best possible outcome. 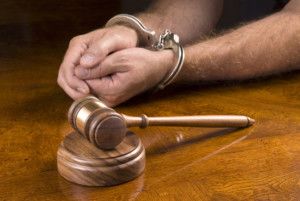 A man arrested awaits the judge to use his gavel to render a decision.

In Tennessee, because public defenders’ offices are so overburdened and because the multitude of indigent defendants often gives rise to conflicts, the courts will often appoint private counsel to represent the indigent defendant at the state’s cost. Unfortunately, because the fees paid by the state are unconscionably low, appointed counsel is often comprised of young lawyers looking for experience or lawyers with unsuccessful practices who are simply hungry for any kind of work.

Adding insult to injury, for many indigent clients, representation by a free public defendant is not necessarily free. A recent NPR report looked closely at court fees in each state and discovered that in Tennessee, an indigent defendant can be charged legal costs related to public defender representation as well as other court fees. Payment of such fees may be a condition of probation, which can be revoked for failure to pay. In other words, an indigent defendant’s inability to pay can mean a return to incarceration. So much for the supposed extinction of debtors’ prisons.

In some districts in Tennessee, eleven lawyers handled over 1,000 cases in a single year. The investigation, legal research, preparation of pleadings, trial preparation and the trial itself is extremely labor-intensive. Weighing the number of public defenders against the number of defendants they are charged with representing renders effective representation virtually impossible.

If you are able to hire a criminal defense lawyer, do so. At the Muldavin Law Firm, P.L.C. in Memphis, we strive to provide our clients with the most effective representation possible. We believe our fees to be reasonable, based upon the seriousness and complexity of the case in conjunction with the client’s financial wherewithal.