Due to COVID-19 our firm will be open. However, the wearing of masks will be required.
Don't Take on Your Legal Battle Alone
Contact Me Today

Tennessee has some of the toughest laws in the country. According to the Drug Policy Alliance, the state does not offer clean syringe programs, nor does it have a 911 Good Samaritan Law. What this means is that were you to call for help for a person who has just overdosed, you can be charged with possession of the very drugs on which the person overdosed. As such, in return for attempting to save a person who has abused drugs, you must now raise a legal defense based on the claim that the drugs were not yours. 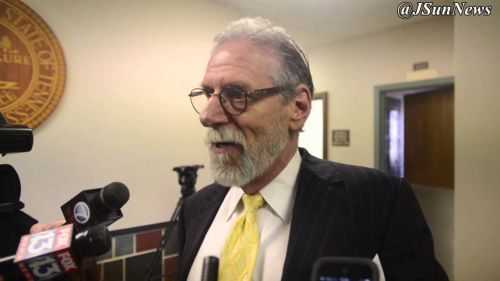 Ironically, Tennessee has become acutely aware of the fact that deaths from drug overdoses are increasing dramatically. At the same time, Tennessee insists on treating drug addiction as a crime rather than as a disease and provides no legal protections for the person who seeks help for a dying addict.

Possession of marijuana remains a crime in Tennessee. Depending on the amount, individuals may face penalties ranging from probation to years in jail. Conviction of a felony crime in Memphis, Tennessee is a serious business that has long-reaching repercussions. In addition to incarceration, you will lose the right to vote, the right to own or possess a firearm and the right to run for or hold public office. Loss of your job is virtually a certainty and your ability to find future employment has become highly questionable. Simply stated, any drug charge, no matter how minor, places your reputation, your freedom, and your very future in danger. A drug charge is serious business and must be taken seriously.

If you’re facing charges in Memphis, Tennessee, it is important to understand that conviction comes with serious consequences. Having a lawyer on your side can make an immense difference in the outcome of your case. A qualified criminal defense attorney will review the details of your arrest, determine how evidence was gathered against you, and fight your charges. There are many possible defenses to charges.

Muldavin Law Firm, will take the time to thoroughly review your case and determine the best course of action given your facts and circumstances.

Have You Been Charged with Possession?
Get in Touch

The defense of a case of simple possession or possession with intent to distribute marijuana involves a number of critical factors.

Search and Seizure: Was the search and seizure of the marijuana legal? Was the search performed with your consent or pursuant to a valid search warrant signed by a judge after being satisfied that there was probable cause for the search? If not, the seizure of marijuana must be suppressed and the seized marijuana cannot be used as evidence against you.

Was the seized marijuana in fact marijuana? In order for the State to convict you of possession of marijuana, it must prove that what you are charged with possessing really is marijuana. For this reason, the seized marijuana must undergo laboratory testing before it can be used as evidence. You have the right to challenge such testing usually by means of independent testing by a laboratory of your choice but also by challenging the State’s testing methodology and the training and competence of the lab workers.

Mistakes have been known to occur and it is the duty of the criminal defense lawyer to expose such mistakes so as to suppress the seized marijuana and destroy the State’s case. Muldavin Law Firm, understands the importance of following the chain of custody and knows how to recognize if it has somehow been broken.

Missing Evidence: Just as the chain of custody has been known to break, evidence has been known to go missing, usually misplaced, sometimes even stolen while in the custody of law enforcement. When the State cannot produce the seized marijuana, it will often seek a conviction on some other basis. It is the duty of the criminal defense drug lawyer urged that without the seized marijuana, the State cannot prove that any marijuana was ever seized and that the case must be dismissed.

If you are facing a charge of any kind, a wide range of defenses are available to protect your rights, freedoms, and ensure that you get the justice you deserve and to which you are entitled. At the same time, all charges are serious and can have catastrophic consequences. That is why it is critical that you speak with a lawyer immediately.

At Muldavin Law Firm, we are well familiar with the various defenses that are available and unique to every case. More importantly, we have the skill, the tenacity and the dedication to go beyond the call of duty on behalf of each and every one of our clients.

Due process is the basis of our legal system as is the presumption that you are innocent until proven guilty. Defending charges requires the services of a serious, dedicated and skillful defense attorney. In Memphis, Tennessee, Muldavin Law Firm, is there to stand with you and to fight aggressively to protect your rights of due process, the presumption of innocence and your Fourth Amendment right to be free from illegal search and seizure.