Due to COVID-19 our firm will be open. However, the wearing of masks will be required.

As many states in the country legalize marijuana for recreational purposes and other states make pot legal for medical uses, Tennessee lawmakers continue to refuse to make changes. According to the Daily Helmsman, the majority of Americans favor marijuana reform. 76% of Tennessee citizens favor the legalization of marijuana for medical purposes. Yet, despite widespread acceptance, medical patients face up to a year in jail if they are caught within state lines possessing even medical marijuana. 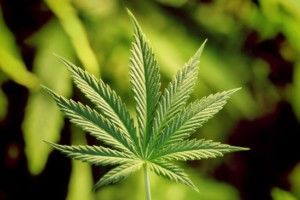 Rural areas of Tennessee are more likely to resist changes to the law, while more urban areas support the legalization of marijuana for medical purposes. Recent changes in the law offer some hope that change to Tennessee’s laws may be forthcoming. Until recently, individuals in possession of half an ounce or less of marijuana faced a misdemeanor charge initially, but when caught a third time, individuals could face felony charges.

Having a felony charge on your record can have a serious long-term impact on your life and rights. A felony conviction can result in difficulty getting hired for certain jobs. In Tennessee, having a felony on your record can impact your right to own a firearm and even limit your ability to vote. Individuals with felonies may not qualify for some forms of public assistance, including federal student aid. A felony conviction can also limit your freedom to travel to other countries and even to immigrate to other countries.

Critics of the change claim that the new law puts Tennessee on the road to marijuana legalization. However, representatives claim that the law in no way changes the way Tennessee will handle drug addiction and drug prosecution.

Regardless of whether you’re facing a misdemeanor charge or a felony charge, it is still wise to speak to a drug defense lawyer in Memphis like The Muldavin Law Firm, P.L.C. Sam Muldavin is closely watching the changing laws and works with clients facing drug possession and other drug crime charges.